North of the mighty River of Sighs and south of the formidable Ploughshare Mountains, lies the Swordlands. A series of fertile valleys and lush forests, the Swordlands is primarily inhabited by an enchanted nation known as The Monarchy.

The Monarchy lives in harmony with the land, having crafted towering halls and grand palaces out of risen earth and living wood---both of which flow and reform like molten stone at the touch of the Monarchy's craftwrights.

By all accounts, resources in the Swordlands are plentiful, art and learning are embraced by all, and foreign invaders are scarce to be seen.

But all is not well here.

Minor factions, united by little more than common bitterness, are fighting in the hills and dales. They duel with magics, with song, and even with the ornamental blades that every member of the Monarchy receives at her birth.

But why do they fight?

Every Single One Is In Line For The Throne

Butterfly Princesses is a 12 page, full-color, mini-trpg about folks with wings and blades disagreeing over matters of succession.

It is played with 2--6 friends and some dice---which you throw.

Physical Game Mechanics Note: Conflicts in the game are resolved by Curling: throwing dice into a ring and trying to knock your opponent's dice out. If you'd prefer not to do this for any reason, you can roll your dice instead. 3s equal 1 point, 4s equal 2 points, 5s equal 3 points, 6s equal 4 points.

What People Are Saying About Butterfly Princesses Of The Swordlands: 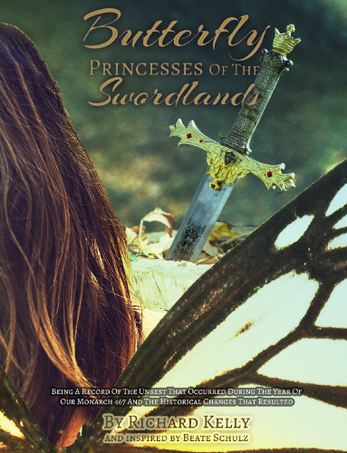 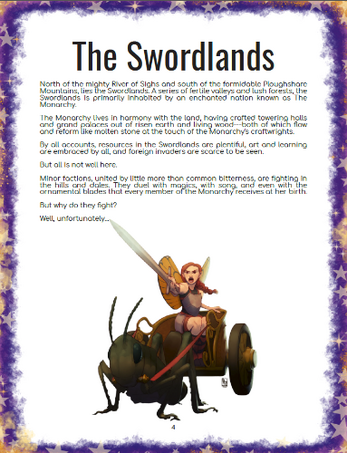 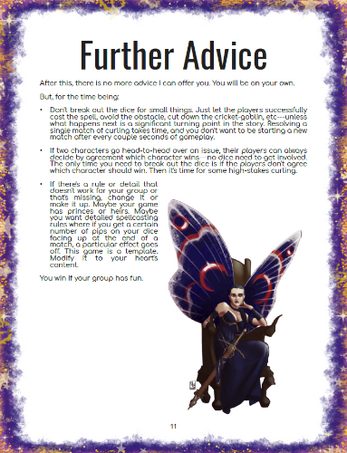 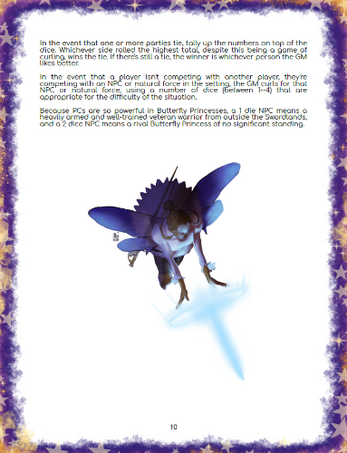