The Floating Libraries Of Iberical are widely recognized as one of the twenty five academic wonders of the world.

They are usually ranked at position twenty four, just above the Trench Temples Of Meelatch, but serious magio-scholars underestimate them at their peril.

Sure, the libraries are small. It's hard to fit a nation's worth of books atop a lashed-together fleet of ships.

And yes, they are chaotic and high crime. Food and potable water supplies sometimes go through little dips, but a thriving black market run by disaffected students and self-interested professors fills in the gaps.

There's very little regulation in the libraries, but this allows resident wizards to pursue all sorts of avenues of study. Little concerns, such as the possibility of popping the universe like a big soap bubble, force an excess of caution in other institutions. The libraries reject this hidebound, caution-driven way of thinking, and have produced a solid eight of the Stonereach Delver's Guild's ten most dreaded magical aberrations in the past ten years.

The libraries are also at the forefront of magical healing research---which is good, because you seem to have picked up a little curse in your travels.

It's nothing debilitating, but it's resistant to standard methods of curse-breaking. And you're getting worried.

But fortunately, a little excursion to Caracal Fleet, the smallest of the libraries, should set it as right as rain. You'll just need to consult with academics from the three different department towers, and then perform a small, experimental ritual.

Your curse'll be put to bed and you'll be back to adventuring in a week, tops.

Chaos In The Floating Libraries is a 21 page intermediate adventure for Bite-Sized Dungeon (https://kumada1.itch.io/bite-sized-dungeon) or any adventure game system of your choice.

Chaos does not include specific stat blocks or DCs, but it does give pointers on how to stat out creatures and challenges in different systems.

Chaos is suited for one-shots and two-parters, and it provides a challenge for adventurers of low to medium power.

It follows naturally from Bite Sized Dungeon Crawl #2 - The Dread Secrets Of Gullcurst Cape---but it can also be run as a standalone or spliced into an existing campaign as a sidequest or an optional adventuring location. 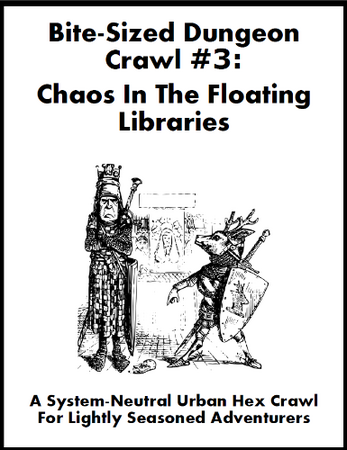 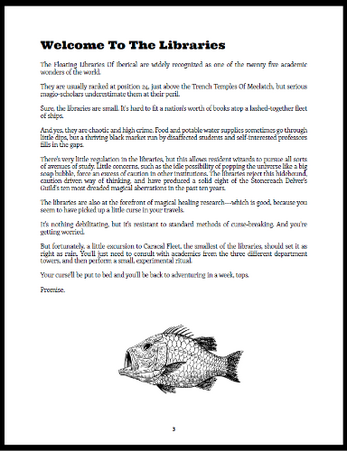 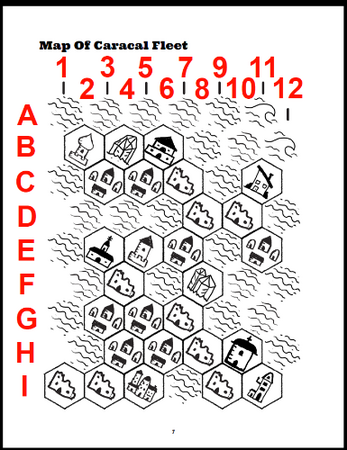 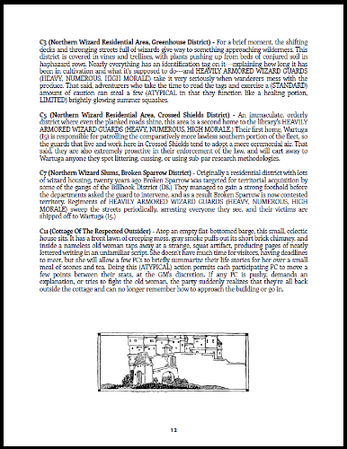