It's a perfectly normal Tuesday and you have awoken from unsettling dreams to find yourself changed into a monstrous creature.

Specifically, you are now a bear.

Unfortunately, this transformation is likely the consequence of that forbidden hotspring you swam in, or that enchanted cake you ate, or the curse that was laid upon your family several generations prior.

You're not sure. It's already been kind of an eventful week.

Fortunately, there's probably a way out of this. Your town has an old temple---frankly it's a miracle it hasn't been torn down by real estate developers---and legend holds that if you pray hard enough for someone there, you can force a change in their luck.

Of course, you've been turned into a bear. That's pretty bad, and one person praying probably isn't going to be enough to reverse that. But if you can get everyone in your town to pray at the temple for you, that might work.

Unfortunately, everyone is pretty busy. They've got lives to attend to, children to mind, shops to run. They want to help you with your bear problem, it's just...can't you see a doctor for it or something?

The only doctor who'll see you right now is the veterinarian, and you're not interested in that, so clearly you'll have to take drastic measures to win everyone over.

You're going to have to take some of the work off of everyone's plates.

To that end, you've gotten yourself a little hand-lettered sign, and you've made yourself a uniform.

Your first day as an odd-jobs-bear begins now.

You And Your Friends (Have Been Turned Into Bears) is a light-hearted rpg centered around one-shot or convention play.

You play by rolling dice, marking a map, and occasionally smashing through walls, farmstands, and other infrastructure.

Never before has a title so perfectly captured the tone and content of a game. Really captures the universal experience of having been transformed into a bear with your friends while still keeping things fresh and exciting. Would definitely recommend.

Thank you! It can be hard to perfectly model the reality of these kinds of situations, but I think I did my best. 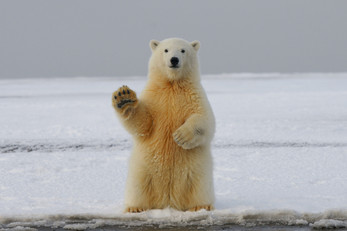 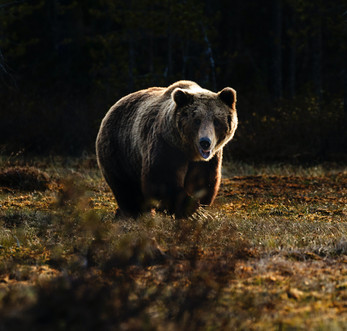 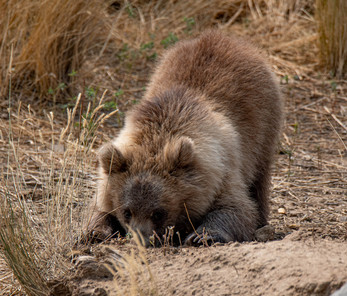