It is the year 2420. Global creativity supplies have been exhausted. The Arcanomagistocracy that governs society has burned up most of the world's ambient creativity in their wizard experiments.

However, one deep well of creativity remains.

Removing the Artisan from a painting is difficult. It cannot simply be cut from the fabric. Instead, it waits within the painting's Somnascape---a dream-realm based on what the painting depicts.

Somnascapes are hostile to wizards, and to anyone else who intrudes with business on their mind. But they do not know how to reject artists.

Artists have been pushed to the margins of the Arcanomagistocracy's society. With global creativity supplies so low, there is almost nothing left with which to ply their trade. They mostly shuffle through their days, peeved and hungry---however there are exceptions.

Paint Divers are artists that the Arcanomagistocracy has hired for dangerous, discomforting work---but it is the only work that still lets them grasp any amount of Artisan. Paint Divers find old paintings and descend into their Somnascapes, hunting the crystalized creativity within.

Paint Diving is dangerous, because as soon as the paintings realize what is happening, they resist. Pastoral farmers stop aerating hay and raise their pitchforks for violence. Flocks of birds overhead turn into ravening swarms. Only the best divers escape with their lives.

But what other choice do they have, to survive the absolute rule of wizards?

Paint Divers is a 46 page dungeon crawling tabletop roleplaying game about stealing art from inside of paintings, at the behest of wizards.

It uses 2d6, and is very loosely descended from Tunnel Goons.

In order to download this game you must purchase it at or above the minimum price of $4 USD. You will get access to the following files: 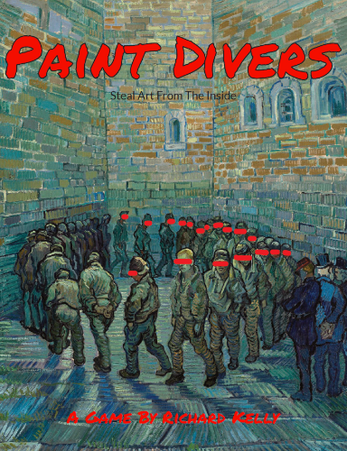 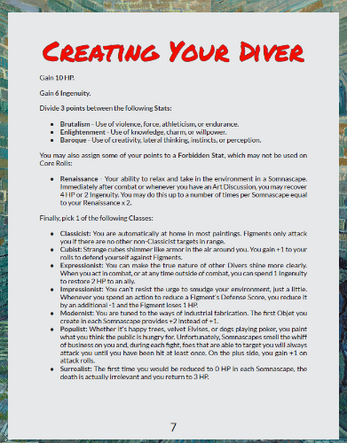 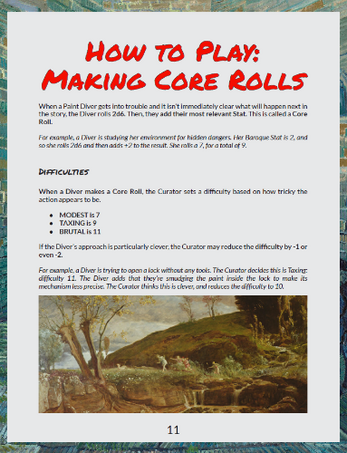 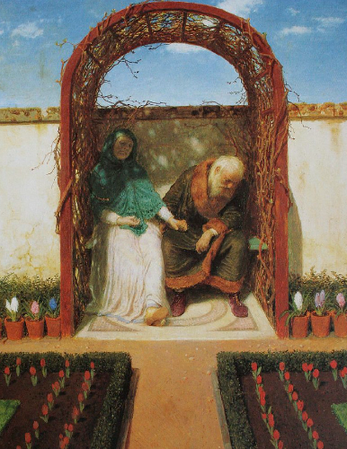