You were wronged by a fisherman, dangled on the end of a line, drowned in air, left for dead.

But you did not die.

And now you will have your revenge.

Also you've picked up a sword somewhere and the question of how you wield it is never addressed in this text.

Fishblade is a 6 page TTRPG where everyone is in control of a single fish with a blade.

Since those halcyon days back in the 40s when I first discovered fishknife, I dedicated my life to tabletop games. Waking up from cryosleep 100 years later, I'm utterly delighted to see that fishknife is still going strong. Fish well, ye poisson privateers!

This is a great module to flesh out my Diving & Deepsea campaigns, but I was wondering if a hybrid Salmon/Anglerfish can still use Magnetic Fieldsense after specializing in Bathyaltravel or if it's a sort of "one or the other" situation [?]

Ah, good question! Some perception abilities do receive a stacking debuff scaling off of ocean depth, but Magnetic Fieldsense should be unaffected unless someone in your party takes the Compass Eel class.

It may have taken a decade, but with "Fishblade" Kumada1 has manifested an (the?) answer to Epidiah Ravachol's ancient-by-the-internet's-standard question "What is a Roleplaying Game"?

It *looks* like a gag, like a throw away joke in response to the fury surrounding the OGL nonsense going on as of early 2023, but is (intentional or not) a stealth rejoinder to the Indie RPG scene's big question of 2013, and it's answer is both a full throated declaration in the field of "RPG Theory" and an instance of a baller way to kill an evening with friends.

An essential analysis of this key period in Fishblade history!

Fishblade is a story rich experience that takes the corpse of all TTRPGs and wears it, like some kind of weird body puppet. With industry defining clapping mechanics you can "clap back" at all your enemies. Walk the path, but not with legs, with fins or something.

Reply
Faldarith the Gnome11 days ago(+4)

An excellent Dungeons and Dragons experience

Happy to deliver on the Thing That All TTRPGs Are!

Wait, this was real? Lol 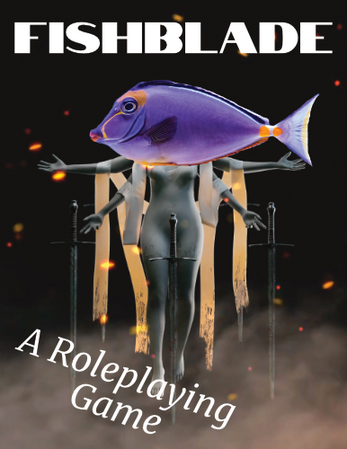 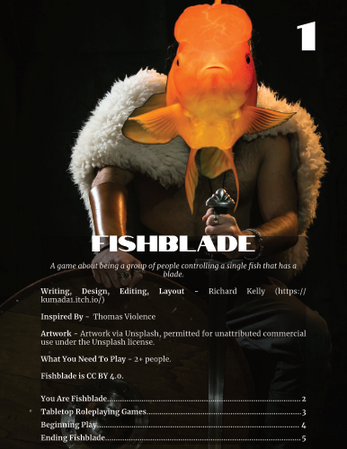 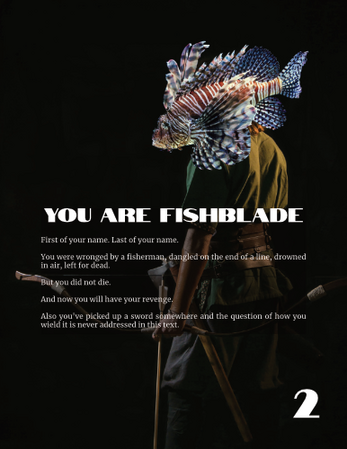 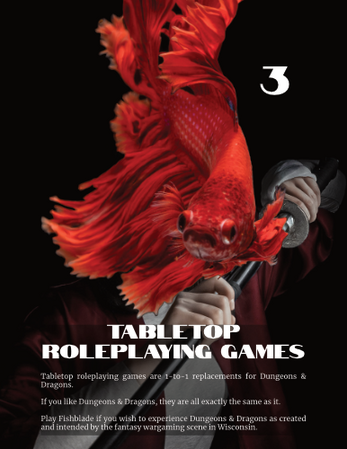 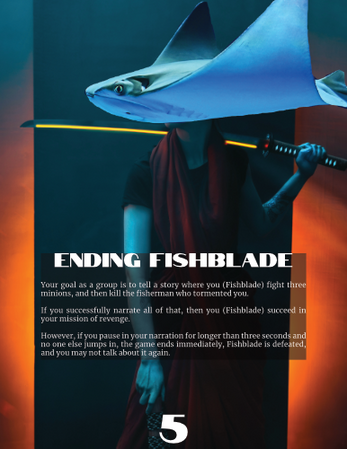