It was on a crisp, clear day in autumn when the mothmen arrived.

Issuing out of a scintillating rainbow nexus in Point Pleasant, West Virginia, their hunky bodies darkened the skies---and brought warmth to our hearts.

It has been two years since that date, and even though the gate to the mothrealm was only open for a few short minutes, thousands made it through in that time. The US military's response was swift, but munitions simply bounced off the chiseled cryptids, and eventually the newcomers were able to communicate with us and make clear that they weren't looking for violence.

Instead they were hoping to meet The One.

Dating is difficult in the mothrealm, due to everything being either moths or made of moths, and when a chance alignment of the stars made a hole between worlds, the nearest mothmen all rushed over---ancient, bored, and ready to mingle.

Due to their extraordinary indestructibility and their access to powerful moth magics, the US government decided not to pursue further conflict, and instead embarked on a strategy of appeasement:

This is where you come in.

Date! That! Mothman! is an 8 page tabletop roleplaying game about contestants on a mothman-dating reality tv show.

You play by telling a story with friends, and occasionally by rolling some dice to determine what happens next. If you're familiar with that well-known game about lizards and basements, this is like that, but instead of either of those things you're dating a mothman. 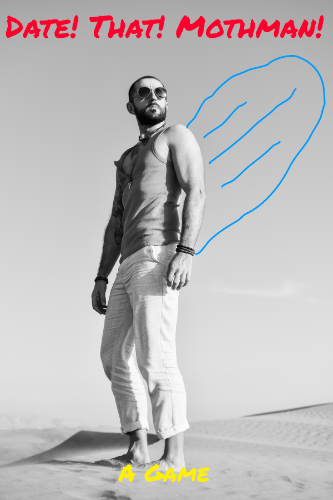 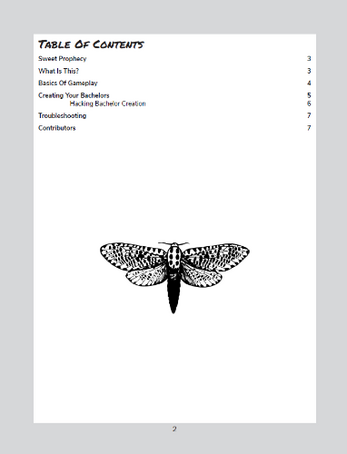 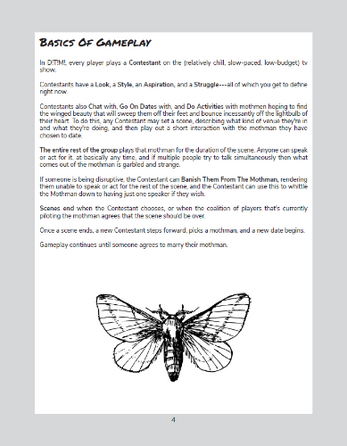 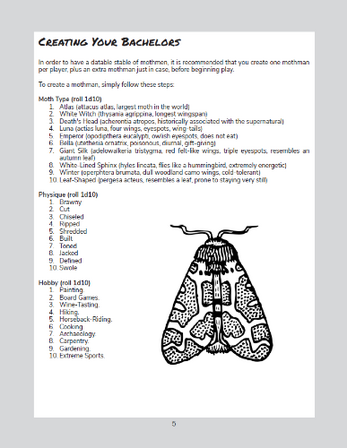